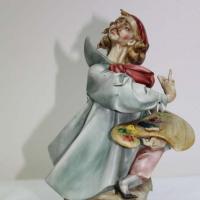 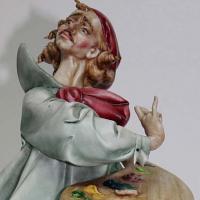 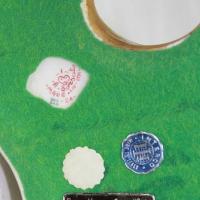 We have here a Borsato "The Painter Artist" Porcelain Figurine # 125. Rather rare and hard to find.

The artist looks upward to his subject with brush in hand.  The palette with seven colors on the board.

Below on the base are splatters of paint and a tube carelessly dropped.

Note the curls in the artists hair and of course the large bow on his smock.

Think of the time it took to scuplt this figure from clay, then make the many molds to accept the slip.  Then extract these invidual pieces from the molds and assemble then on the base along with the inserted metal pieces.  Next the figurine is fired.  After that it is hand painted which is going to take a good part of the day and fired again.  Lastly, the glaze is added and it is fired a last time.  This piece has a little higher gloss for the glaze than most Borsato figures.

Antonio Borsato is known and loved for his porcelains. He is arguably the finest porcelain sculptor of the 20th Century. The world lost a great artist when Antonio Borsato was killed in an auto accident in 1982. Borsato worked endlessly to make each creation a melody of color and movement. Borsato originals are sculptured in the full-round with no blank surfaces, with the entire piece completely hand colored with brilliant artistry. All stages were attended to by Antonio Borsato himself. It is assuring to note that no Borsato was in mass production. Borsato is known as the Michelangelo of the 20th Century. His works are displayed in the Vatican, museums, and many significant private collections. He studied under the great Cacciapuoti early on, but many believe he far surpassed his mentor, becoming the greatest of the Capo-Di-Monte genre. Borsato works of art are irreplaceable just as are the works of other Old Masters. His impeccable faithful adherence to detail, a wisp of hair, facial expression, even eyelashes, gestures, whimsical humor, anatomical perfection, combine to endow each of Borsato’s works with breathing realism. A Borsato art treasure is an exquisite masterpiece to be cherished as an heirloom for future generations. 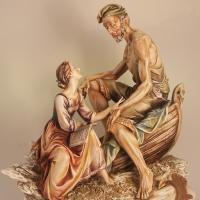 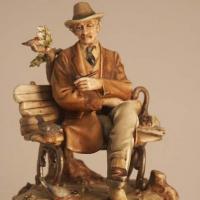 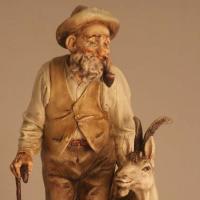